Discover how much worth of actress Sofia Hublitz is. To get to know more about her, other facts about Sofia Hublitz you may be interested in are below.
Content Menu

Sofia Hublitz is an ambitious actress who became known to wide public as Charlotte Byrde from the American television crime drama series “Ozark”. Having one of the lead roles, she appears in every episode. Sofia also has got a leading role in an upcoming drama movie “What Breaks the Ice”. As of now, her net worth is aproximately 450 thousand dollars. There is no exact way to know the actual wealth of Hublitz, WealthyLeo focuses on her estimated net worth.

Being a teenager Sofia has already taken her personal popularity in the reality TV show “MasterChef Junior USA”, even though she starred only in 3 episodes. Her filmography consists only of TV series, however, she was chosen for a role of Sammy in the “What Breaks the Ice” where she filmed with Aimee Mullins, Shakira Barrera and Lukas Gage.

How has Sofia Hublitz increased wealth since the beginning of her career?

Sofia Hublitz is a young rising actress who made her debut in TV series in 2014. She played Danielle Hoffman in the series titled “Louie” in two episodes “In the Woods: Part 1 and 2”. It was a huge career start for a 15-year-old teenager. The next role was in the series “Horace and Pete” where she potrayed young Sylvia in 2016. Moreover, she signed a contract with the United Talent Agency in 2016. In 2017 Sofia landed an important role for her fame, the role of Charlotte Byrde, the daughter of Marty Byrde played by Jason Bateman in the TV series “Ozark”. She has already been cast in 20 episodes. In 2018 she started working on “What Breaks the Ice”.

How old is Sofia Hublitz? 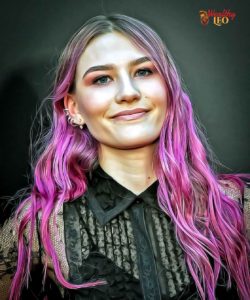 Hailing from Richmond, Virginia, Sofia was born on June 1, 1999 that makes her 19 years old.

There is no revealed information about Sofia’s qualification, but she graduated high school.

Sofia Hublitz was born on June 1, 1999 in Richmond, Virginia ,U.S.. Later, the family moved to New York City. Now she resides in Los Angeles, California. She has a sister. However, in May 2018, she shared with followers in Instagram that her father passed away.

She has a dog.

Hublitz has a driving license but does not have a car.

She does not share private life that is why it is diffucult to ascertain her relationship.

What are the 5 most popular movies of Sofia Hublitz?

Here are the 5 most popular movies and TV series of Hublitz:

Here is the list of Sofia Hublitz’s career milestones:

Where can you follow Sofia Hublitz on the Internet?