Discover how much worth of actor Alex Wolff is. To get to know more about him, other facts about Wolff you may be interested in are below.
Content Menu

Alex Wolff Net Worth: How Much Money Does Alex Wolff Make?

The rising actor Alex Wolff’s first notable acting role was “The Naked Brothers Band” with his brother Nat Wolff in the Nickelodeon series . Alex’s breakout role was in the 2018 horror movie “Hereditary”. As of 2018, Alex Wolff’s net worth is estimated to be roughly $4 million dollars. There is no way to know the actual wealth of Alex, WealthyLeo focuses on his estimated Net worth.

Alex’s full name is Alexander Draper Wolff, who is also a songwriter and part of the pop rock duo “Nat and Alex Wolff”. He describes songwriting as addiction. They often act but they always write  songs. Brothers have never taken a break from songwriting. Their debut studio album called “Black Sheep” was released  by Saddleup Records on October 11, 2011.

How has Alex Wolff increased wealth since the beginning of his career?

In 2005, Alex began his acting career when he starred in “The Naked Brothers Band: The Movie,” which was his first film. He gained further recognition for his starring role as Eli Pettifog in the comedy movie “HairBrained”. His career started to rise in 2016. That year, he appeared in the comedy-romance movie “My Big Fat Greek Wedding 2”, in the crime film “Patriots Day” alongside Mark Wahlberg and starred with Olivia Holt and Ryan McCartan in “The Standoff”.

He also raises wealth from music as well as acting. As of 2018, Alex Wolff’s net worth is estimated to be $4 million.

How old is Alex Wolff? 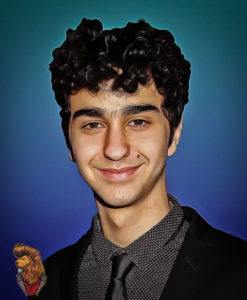 He is from Manhattan, New York and his mother, Polly Draper, is actress, writer and director. She wrote and directed Alex’s debut film “The Naked Brothers Band: The Movie”. His father is Michael Wolff who is actor, jazz pianist and singer. Nat Wolff is brother of Alex. Also, actress Jesse Draper is his cousin.

Alex is a musician and he can play guitar, drums, ukulele and piano. He is a big fan of the basketball team “Los Angeles Lakers” and the football team “Philadelphia Eagles”.

Wolff has Jewish, as well as some Welsh, Scottish, Irish, English, German, and French ancestry.

If you are looking for Alex Wolff’s sweatshirts, t-shirts, hoodies, movies and other things, you can visit Amazon and Represent.

Alex dosen’t have any tattoos yet.

What are the 7 most popular movies of Alex Wolff?

Here are the 7 best movies and TV series of Alex:

Here is the list of Alex Wolff’s Career milestones:

Where can you follow Alex Wolff on the Internet?

Alex is going to play a role in the upcoming movie Stella’s Last Weekend that will be on screen in cinemas in late 2018. Additionally, his directorial debut will come with “The Cat and the Moon” in 2019. He will star with Skyler Gisondo and Mike Epps.