Flipp Dinero is an American rapper who is reaching new heights with the song “Leave Me Alone” in the hip hop world. To get to know more about him, other facts about Flipp Dinero you may be interested in are below.

Hailing from Brooklyn, Flipp Dinero is one of those rappers who did not take rapping seriously at the beginning. He started rapping at 15, and being 21 he signed with Cinematic Music Group thanks to the meeting with rapper Joey Bada$$. Dinero’s success came with the single “Leave Me Alone” that peaked at the 81 position on the Billboard Hot 100. Consequently, Flipp Dinero has increased his net worth dramatically and now it is 700 thousand dollars. There is no way to know the actual wealth of Flipp Dinero, WealthyLeo focuses on his estimated net worth.

The audio “Leave Me Alone” has become viral quickly after the video of football wide-receiver Odell Beckham Jr. dancing to it, and now the song has more than 21 million plays on SoundCloud and the video has got more than 15 million views since May 2018.

His debut EP titled “The Guala Way” was released after a record deal with Cinematic in 2017. This year, Flipp Dinero shared with the world a few more songs. The official video “I Do” has almost 400,000 views on Youtube. In May 2017, the video “Running Up Bands” was dropped and reached the point of 200,000 plays. The hit song called “Time Goes Down Remix” alongside G Herbo boomed after the release in November 2017 and has got more than 3 million plays since then.

In August 2018, Flipp Dinero and Jay Critch shared the video on the song “Wanna Ball”.

Moreover, in August 2018 Flipp was signed to a record label “We the Best Music Group”.

How old is Flipp Dinero? 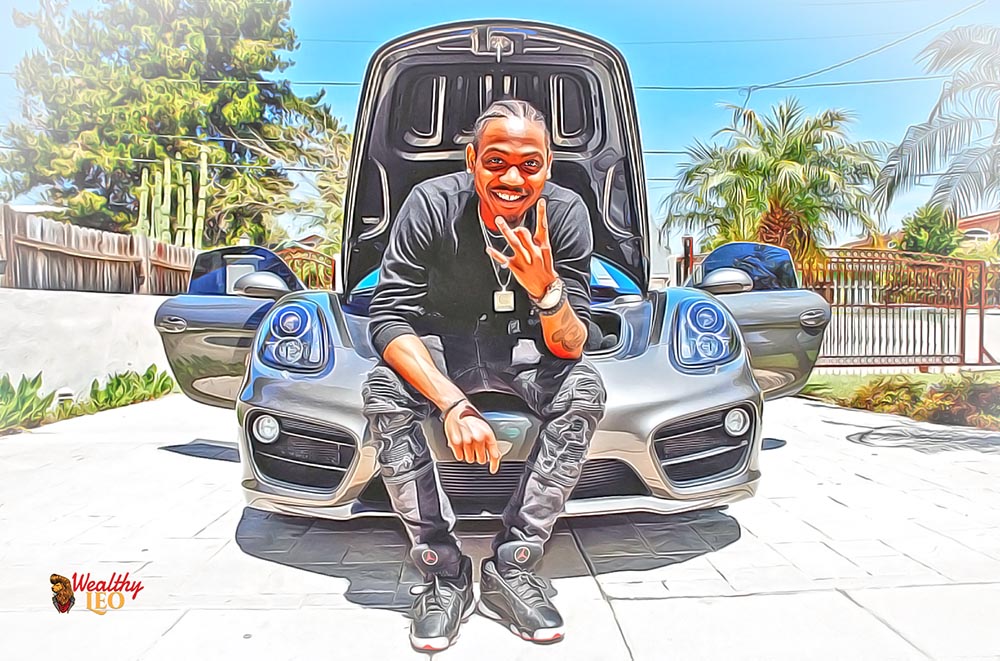 Brooklyn-based Flipp Dinero was born on November 16, 1995. He is currently 23 years old.

As Flipp Dinero grew up in Brooklyn, he is supposed to have attended school there.

Flipp Dinero was born on November 16, 1995, in Brooklyn, NY, U.S. to the family of immigrants from Haiti. His family lived in the East Flatbush neighborhood of Brooklyn.
Being a child, he sang in the local choir. Later Flipp started rapping when he was 15 years old.

His hobbies are skateboarding and reading.

Flipp Dinero was on the “Memories Don’t Die” tour, alongside Tory Lanez in July 2018.
Flipp Dinero is friends with DJ Khaled, Tory Lanez, and Shiggy. He chanced to perform on BET Awards in October 2018.

What about personal life, Flipp Dinero prefers not to talk on this topic.

Flipp Dinero has many tattoos and it is seen from his photos. The most distinguishing tattoos are eagle on the left side of neck, Eye of Providence on the left arm, Native American headdress on the left arm below the pevious one. Moreover, his right arm is fully inked.

What are the 5 most popular songs of Flipp Dinero?

Here are the 5 best songs of Flipp Dinero:

Here is the list of Flipp Dinero’s Career milestones:

Where can you follow Flipp Dinero on the Internet?