KAZKA is a rising Ukrainian experimental pop band that became a breakthrough of 2017 with the song “Sviata”(“Holy”). All facts about KAZKA you may be interested in are below.

KAZKA has got a world-wide recognition with the hit song “Plakala” (“Was crying”). In October 2018 “Plakala” was highly acclaimed and entered the top 10 of Shazam. The song has more than 60 million plays on Youtube. It is the first time when a song performed in the Ukrainian language causes such a stir in the world.

KAZKA is a Ukrainian music group that plays experimental pop with elements of electro-folk. Having formed in 2017, they quickly became popular with the debut song “Sviata” (“Holy”) that was presented in March 2017. The viral song became a real hit and the music video “Sviata” was watched more than 16 million times. Consequently, KAZKA was awarded for “Discovery of the Year” by YUNA, “The Debut of the Year 2017” by the version of the Karabas Live musical edition, “New Names” by the version of the “Golden Firebird” musical award, “The Best Pop Band” and “Best Debut” by the version of FM Country FM.

The career of KAZKA is rapidly going up and they have already earned $1 million. There is no way to know the actual wealth of KAZKA, WealthyLeo focuses on their estimated net worth.

KAZKA started their way to fame in 2017 when the band took part in the Ukrainian X Factor. After leaving the show, KAZKA presented the second single called “Dyva” (“Wonders”) that took the first position in the top chart of iTunes. At the beginning of 2018 KAZKA competed for the right to present Ukraine on the Eurovision Song Contest 2018 with the song “Dyva” but took the 6th place. Later, in March 2018 KAZKA dropped the new song titled “Sama” (“Alone”). The offical song has been listened to more than 5 million times on Youtube. 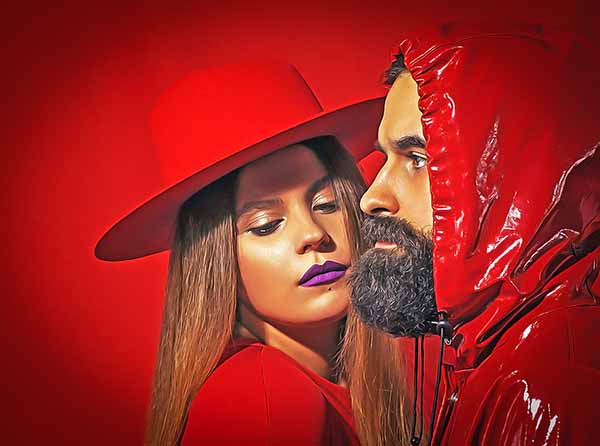 In September 2018 the video clip on the song “Plakala” was uploaded to Youtube and got 5 million views for the first week. It is the first time when a Ukrainian song was on the first position of Ukrainian Youtube video chart.

All songs are performed exclusively in Ukrainian.

The band was founded in 2017 by Oleksandra Zaritska and Mykyta Budash. In 2018, Dmytro Mazuriak joined the band. KAZKA participated in The X Factor in Ukraine. Also, KAZKA took part and in the national selection for Eurovision 2018.

Oleksandra Zaritska competed in The Voice in 2014 and is called a Ukrainian Adele. After having performed LP’s song “Lost On You”, she had a face-to-face meeting with LP after her concert in Kyiv in December 2017.

What are the 5 most popular songs of KAZKA?

Here are the 5 most popular songs of KAZKA: