Discover how much worth of rapper Yella Beezy is. To get to know more about him, other facts about Yella Beezy you may be interested in are below.

Dallas rapper Yella Beezy has been working on rap music for more than 13 years, but his career has started to achieve success when he released his hit song “That’s On Me” in 2017. The song’s video shot by HalfpintFilmz and published on their YouTube channel. Since being posted, the music video has been viewed more than 77 million times on YouTube. Yella Beezy has an estimated net worth of $900 thousand. There is no way to know the current wealth of Yella Beezy, WealthyLeo focuses on his estimated net worth.

Yella Beezy also states that he has invested a lot of money into gold. He has a huge $400,000 jewelry collection. Beezy is also investing his money in other businesses, strip clubs are one of them. Moreover, he has a trucking company.

How has Yella Beezy increased wealth since the beginning of his career?

He first attracted attention with his songs “Trap In Designer” and “Run Up A Check” in 2016. In October of the same year, Beezy released his debut album called “Lite Work”. His second album project was “Broke Nights Rich Days”, which was released by Pressplay Entertainment Group on February 7, 2017. The album featured a few rappers such as Money Man and Snook Monsta.

His breakthrough single “That’s On Me” came on October 31, 2017, which peaked at #73 on the Billboard Hot 100 chart. The single has received enormous Internet attention from hip hop lovers. In 2018, Beezy released his another successful song titled “Up One”, which featured American rapper Lil Baby.

How old is Yella Beezy? 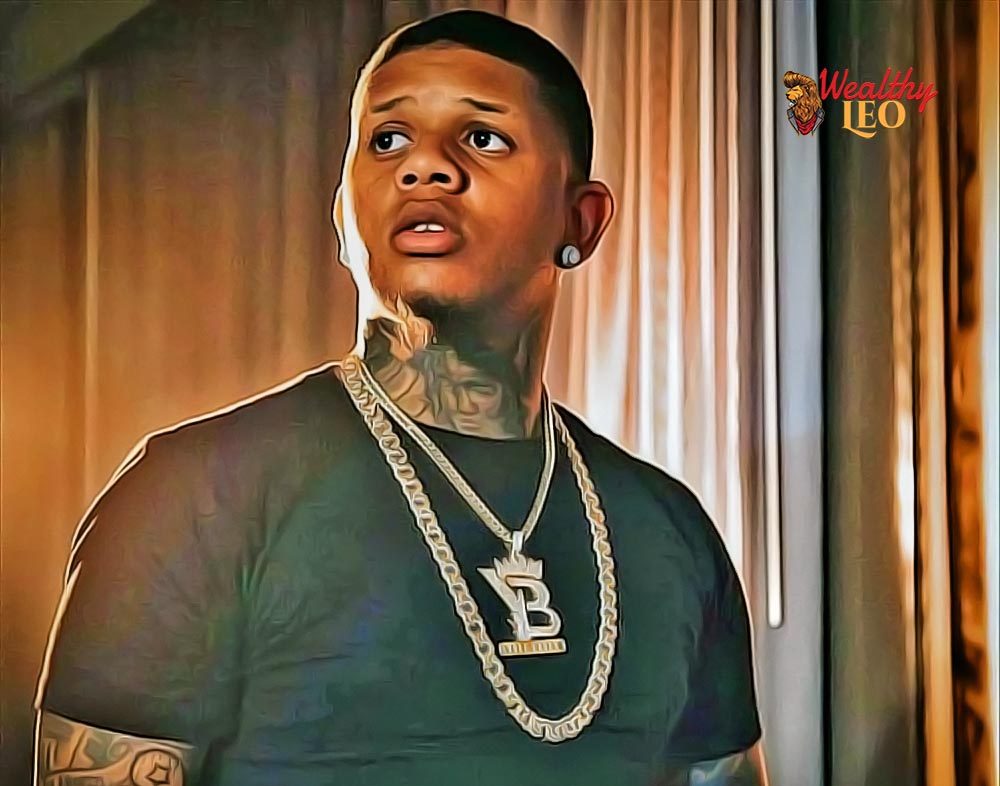 Yella Beezy dropped out of high school as was inolved in street troubles.

Yella Beezy was born on October 21, 1991 in Dallas, Texas. He was raised by mother and stepfather, but keeps in touch with father. His parents were never married. He has a sister.

After his mom lost a job when he was 15 years old, Beezy decided to provide much with best. That was the point he became a juvie, started shooting, robbing but lied to mom that money came from gambling. This ended up with incarceration at 17 years old.

In many interviews he always speaks highly of his mother calling her his biggest fan and emphasizes that he has entered the right way thanks to her.

Yella Beezy has a son, but prefers to keep his relationship in private.

On the 14th of October, 2018, Yella Beezy was reported to be shot while driving in Lewisville, Texas. He was immediately hospitalized. Yella Beezy is alive. Also, his friend, rapper Trae Tha Truth, shared this information on his Instagram account.

If you are looking for Yella Beezy’s CDs and other things, you can visit Amazon.

Yella Beezy is greatly tattooed over the body, especially the chest, the arms and hands, and the neck. The most noticiable are rose tattoo on the neck, snake on the chest, the tattoos of crown and microphone on the right arm, and many others.

What are the 10 most popular songs of Yella Beezy?

Here are the 10 best songs of Yella Beezy:

Here is the list of Yella Beezy’s Career milestones:

Where can you follow Yella Beezy on the internet?

You can find upcoming concerts of Yella Beezy and buy tickets on the Ticketmaster or Bandsintown.